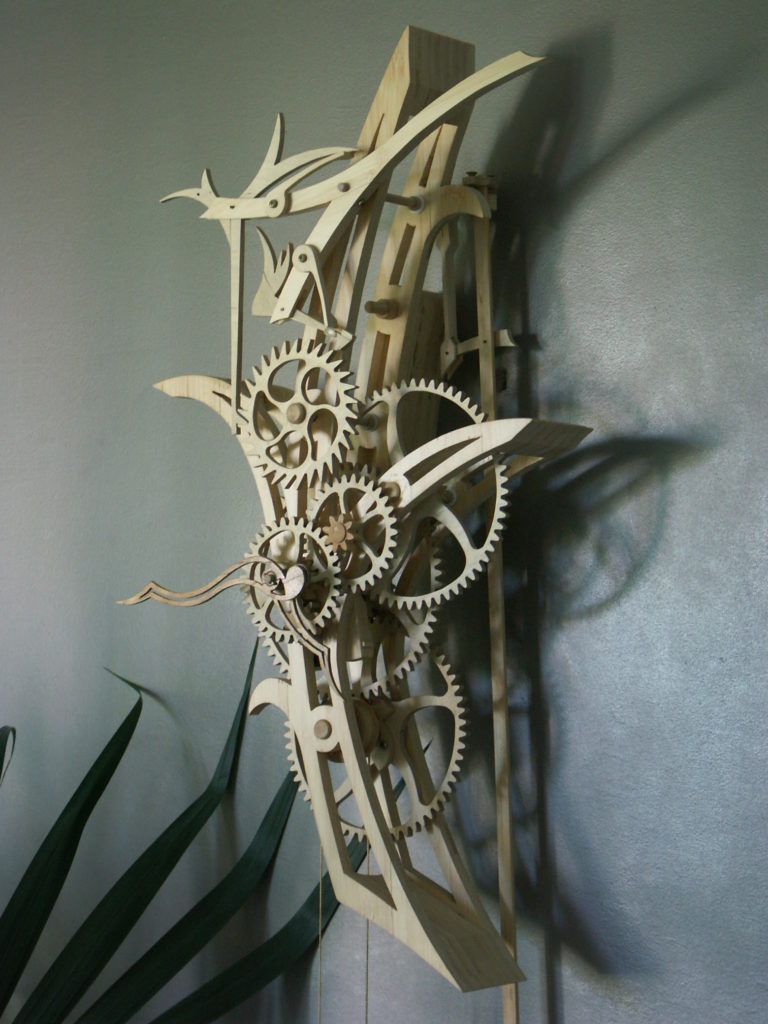 This profoundly different model of the first is based on the unusual escapement “Grasshopper” invented by the British John Harrison in 1722 for its regulatory and marine chronometers. Both advantages of this escapement is its regularity of operation and the fact that the lubrication is not necessary. Despite its advantages, this type of escapement was supplanted by the “recoil escapement” developed by George Graham that was less complex and easier to adjust.
I again bought the sketches of the very slender model to the American Clayton Boyer I consider to be the best designer in the world of this type of clocks called “skeleton”. I do not find this word very happy but it has the advantage of being very explicit.

Before I launch into the adventure of the realization of this model complex, I went through a phase of very thorough study on computer. I adopted a 2.5 mm diametral pitch for wheels and gears which makes them smaller than for the model “Serpentine”.

The “look” of the model is consistent with Clayton’s model. In detail, everything is different and very optimized.
A weight of 1.2kg is enough to operate for 30 hours (instead of 3 to 3.5 kg recommended by Clayton). Surprising!
I enjoyed working bamboo for the frame. It is very light wood but a little brittle. Walnut, boxwood, plywood birch and beech are also used.
The silence of this type of clock is remarkable. Drift time is too, drift is less than two minutes per day.

I later added to this first model a mini quartz movement which causes an additional pinion rotating anti clockwise and pushing the wooden gears of the hour and minute. I had for that decouple rotation of the hands of the general training of the clock and the pendulum. There is even better but can be shocking for the purists.

More recently, I added a automatic clock winding system using a micromotor and a 9-volt battery. 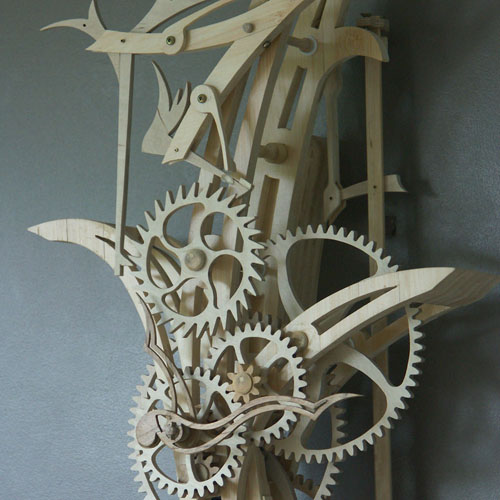